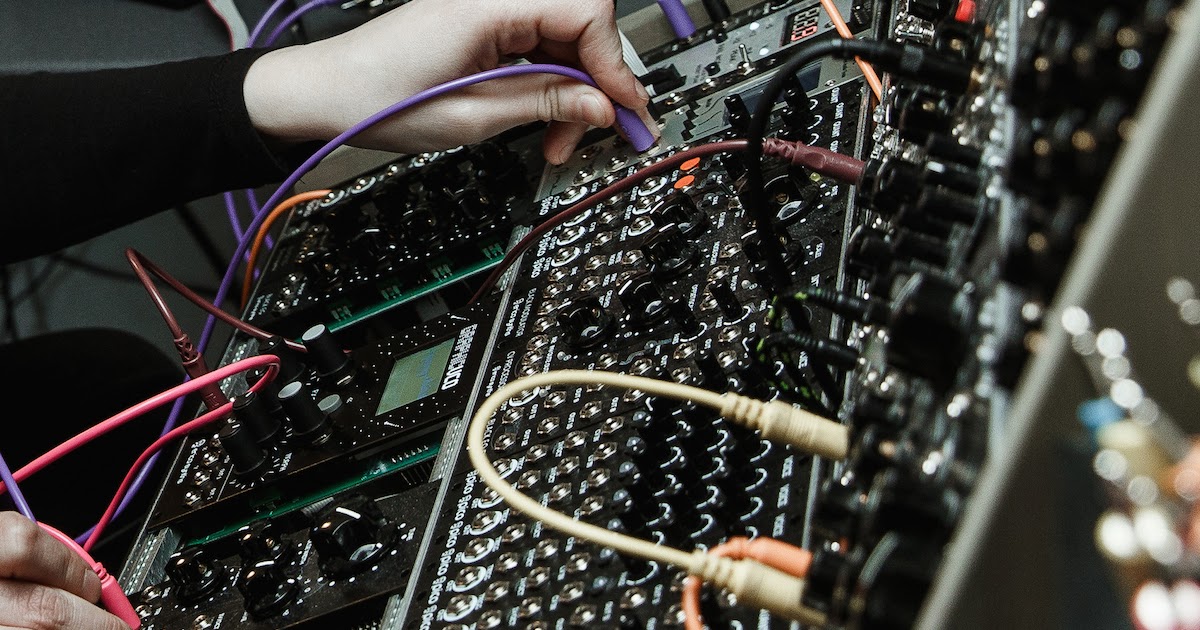 Ian Waugh interviewed by Erica Synths' Eliza Aboltina on how developing a visual impairment has impacted his career as a music tech professional.

Can you tell me about your career / path of being a musician & music tech journalist?

Ian: Like many of today's musicians, I had no formal training. At 16 I taught myself to play the piano and then moved on to the organ. At 20 I was playing in clubs doing dance work and backing cabaret.

I was always interested in computers and I loved synths and keyboards – Tangerine Dream, Rick Wakeman, Keith Emerson etc. Through a serendipitous set of circumstances I was offered a job as Production Editor on Electronics & Music Maker which was the first UK music/electronic/tech magazine. It featured DIY synth and music projects and was run by Maplins to boost interest in electronic projects.

Other techy music magazines started up such as Music Technology, Sound On Sound, Keyboard Player, Future Music and Computer Music to name but a few. This was also the era of the personal computer and a new computer magazine seemed to launch every month.

I wrote Making Music On The BBC Computer followed by similar books for the Commodore 64 and Amstrad CPC.

On the back of this I started freelancing for music and computer magazines. Alongside this I wrote several books for PC Publishing (the "PC" was for Philip Chapman who ran the company, not Personal Computer) including Sequencer Secrets, VST (Cubase) Tips & Tricks, Making Music With Digital Audio, the Quick Guide To Analogue Synthesis and several more. Sadly, the company closed a few years ago although some books are available on Amazon at inflated prices.

How developing a visual impairment has affected your ability to create music?

Ian: I've always used and written about music software and, over the years, moved completely to a PC-based system. Which means looking at a computer screen. Macular degeneration (a medical condition which often results in blurred or no vision in the center of the visual field of the eye - ed.) has made it difficult to see detail so reading is heading towards impossible. I also need text and background to be high contrast. The current trend to a dark grey background with marginally lighter text makes it extremely difficult/impossible to read.

So music projects have become increasingly difficult and slow. I'm not someone who needs to 'get in the flow'. As a jobbing writer and musician I ascribe to the quote: "I write when I’m inspired, and I see to it that I’m inspired at nine o’clock every morning.'' Which has been attributed to several writers. If I did need to get in the flow I'd be lost because progress is so fragmented.

I also like to write down music ideas and that's now simply impossible. I have several music books full of ideas which I'll never be able to read.

Before the eye problems kicked in I had been scoring short movies for friends which is great fun but that's going to be difficult now.

What do you find to be the biggest issues when it comes to musical instrument accessibility?

Ian: I no longer have any hardware synths, just controller keyboards. Anything with a visual display is difficult and menu diving is like skydiving without a parachute.

As you know, I'm currently investigating modular systems both for their sheer music potential and also because I think accessibility will be easier. Certainly with some modules although not nearly all.

Do you find that there is any information / resource available that has been useful for you when it comes to music instrument accessibility and visual impairment?

Ian: I'm currently using a motley collection of apps to help with reading and writing in Windows although I'm not using a full-blown screen reader which I probably will have to get soon to access music software. A magnifying glass is my best tool along with, away from the computer, a bright torch.

There are also actually several sites and organisations that aim to help blind and visually impaired musicians, for example The RNIB.

Some music forums are excellent the terribly named Muff Wiggler to name one. Brilliant and very helpful community. I posted a question about modules for visually impaired and it got a massive response.

Or Modular Grid - also a bunch of very helpful people and THE place to go to check and get opinions on your modular rack before you spend any money.

What do you think instrument manufacturers should address regarding instrument interface when thinking about the accessibility? What do you consider priorities?

Ian: Let's start with software. The trendy dark colours look great but are difficult/impossible to read. It would be easy to add a high contrast skin option which would actually then make the software usable. Some software does have a skin feature but not many. Cubase lets you change the colours of various parts of the interface although their thinking is more for aesthetics than the visually impaired. The setup dialogue is small (!) and I don't find it easy to use.

I don't use a full screen reader yet but I know blind musicians who do and not all software responds well to them so tidying that up would help. Also, the user interface is very much in the design so I think it would be difficult for existing software to adapt. Having said that, Native Instruments' Kontakt sample player allowed for a larger interface a couple of years back but some companies are sticking with the small display.

Hardware is a different proposition as there are no screen readers to help you find your way around. However, the hands-on nature of hardware makes it more immediately accessible to the blind and visually impaired.

The problems come with systems that rely on visual display and buttons and controls with multiple functions. This kind of design was rampant in the early days of digital synths. It's still pretty much a necessity – after all, the instruments are designed for sighted people – but there has been a move towards fewer menus and controls that only perform one function. Thing is – this approach massively improves usability for sighted users, too.

Native Instruments has built an accessibility feature into their latest keyboards when used with Komplete Kontrol. It can tell you what all the controls are when you touch them and read out the presets when you step through them on screen. This is massive for anyone who struggles to read the screen but it also helps sighted users who don't have to keep looking at the screen or who may be too far away to read it. It's a win-win. Of course, it can still be improved but development is ongoing, albeit slowly.

Modular systems have their own strengths and weaknesses. Most genuine analogue modules and digital modules designed to function as analogue often have one control to perform one function which is obviously great for the visually impaired but again - sighted users also appreciate it, I think. Many digital modules are mini computers with displays, multi-function controls and menus. These can be impossible to navigate, depending on the degree of sight loss.

However, you can do a lot with a module to make it easier to use. I know Erica Synths put hexagonal nuts on the output sockets of a system they created for Mario who is totally blind. How simple but how incredibly useful! It should be adopted as a Eurorack standard. I bet there are many sighted people who struggled under a batch of cables or during a performance in dim light who would have benefited from that, too. You can also change the knobs on modulars quite easily to make controls more easily identifiable.

What have you found to be the best tools for you from the currently available?

Ian: At the moment I'm using a magnifying glass and Windows' built-in magnifier to read music software screens. As my sight gets worse I will be asking blind musicians about suitable screen readers and the like. However, I also aim to move away from software as I think hardware will be more accessible. That will be sad as there is a massive amount of brilliant software out there. As a Native Instruments user I will be upgrading to a Mk II keyboard. I shall remain 'soft' as long as I can.

Perhaps there is anything else you would like to add that we have not yet covered?

There are many degrees of visual impairment. Those with some sight typically need less support than those who are totally blind who navigate their gear by touch and sound alone. I've seen and heard some amazing visually impaired musicians.

However, many adaptations benefit all visually impaired musicians AND sighted ones, too. Erica Synths' hex nuts are genius and Native Instrument's Komplete Kontrol accessibility can be used by all musicians.

We're not yet at the Star Trek stage where we can say: "Computer, load my Dance Anthem template and let's start with a solid four-to-the-floor ". Gosh! And we haven't mentioned voice control yet…