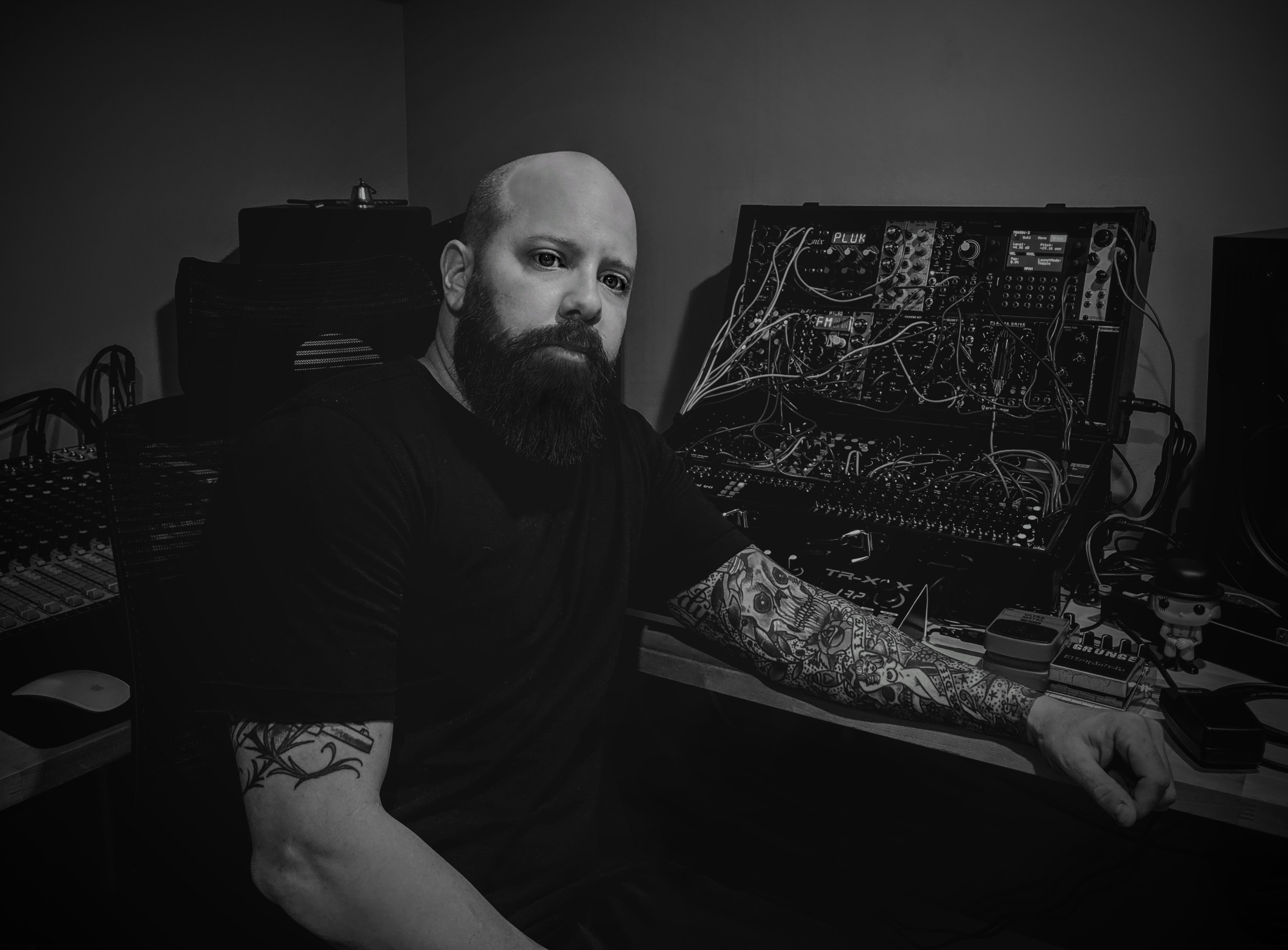 Lance Blaise - better known by moniker Monix, has been involved with electronic dance music since the middle of 90-ties. 20 years ago an unfortunate development of diabetes led to severe vision impairment. Today Lance is considered to be legally blind. In spite of the disability and hand in hand with the advancement of music technology he turned his story into a monument that continues to inspire anyone doubting their own abilities in music production. Erica Synths' Eliza Aboltina talked to Lance to hear more about his path and experience with both creating and performing music live.

You started your path in music as a selector, is that correct?

LB - I did - I started DJing in the mid-90ties, at the time I didn’t have any real visual problems. All my vision deterioration stems from diabetes. Oddly enough it’s very common, but usually for people who are 60 years old or above. I started losing my vision around 2000- 2001. That’s when I started noticing that I have vision problems. By 2008 I was considered legally blind. My right eye has no vision and my left eye functions at about 15 - 20%. It’s called Advanced Background Retinopathy, it’s what happens to diabetics - it kinda progresses in other things to do with your eye. So basically I see what you could see through a lot of mud on a windshield - it is very distorted. It does allow me to get close to things and I can move my eye around - so for a quick second floaters swing out of my eye and the eye is able to function.

When your impairment advanced did you ever stop creating music?

LB - No, I never stopped. I really started noticing problems around 2006, but at the time I was engulfed in a production. I produced together with a friend of mine - we created music (under the moniker Tattoo Detectives - ed.) that was still considered techno but had more of a housier feel to it, late 90-s sound, feel-good techno. We were signed to Carl Cox’s label and we used to tour with him, opening for his sets in a lot of places - that is time from 2006 to 2008. And then at that point I kind of broke off on my own, focused more on the style of music that I myself liked more. I was still producing music under my real name, but also a couple of other monikers - and that is when I started producing under Monix. If I wanted to focus on what I was passionate about, I needed to put the other sound aside.

Since your vision was deteriorating gradually, how did you adjust the tools that you were using?

LB - I was still spinning vinyl up until 2007, as well as CDs here and there. But with the vision deteriorating I needed to move away from vinyl. I was learning to touch things a lot and use the touch as my vision. That’s when I switched to using Traktor (DJ software & tools from Native Instruments - ed.). At the time Allen & Heath made Xone:1D - it was the size of a regular Xone:92 mixer. They also used to make Xone:4D which basically was a 92 mixer that had two controllers on the side of it so that you could MIDI map to Traktor or whatever you were using. Then they took those controllers and made them separate pieces so they were like the mixer but a bit more narrow. So it’s a pretty big piece of equipment to travel around with and I used to travel with two of them. I adapted to that - I could run my hands around it, the controls were clickable so I didn’t have the chance to mess stuff up. I built that system for myself and used that for a long time. And then kept adapting when new controllers came out... If I ever DJ now I use the Traktor Kontrol X1, but I do play live more now.

So how does playing live work and how did that change over time?

LB - I want to say that my live production more or less evolved from the time when I actually started to lose my vision. I feel like my live performance got better at that point. Again - I have to find modules that have knobs that I can turn and that don’t restrict me. Stuff I can feel. One of the reasons I love Erica Synths Drum Series modules - and I got a lot of those when they came out - the sound is really good but they are still built in a way that I can control them. For instance the Hi-Hat module - it’s pretty specific that the closed hats are on one side and the open hats on the other, while the bottom knobs aren’t as important to me personally as the top knobs, so the way things are laid out is very convenient for me. I had plenty of other modules that do not work well for me - for example when there is a lot of digital stuff, screens, all kinds of parameters - that is what slows me down a lot more as opposed to simplistic designs.

As an in-demand live act on the electronic music circuits you often appear on the stage. That must be a challenging process for you.

LB - I play at least once a month, but playing overseas is a lot different than in USA - getting to play several gigs is a lot better than here in the states where everything is spread out. There is not so much going on when it comes to industrial and broken sound, so it requires a lot more travelling which is another reason why I stick to everything being in my modular case - it’s much easier to travel that way. I am not risking to forget or leave something behind. I used to travel with keyboards and drum machines, and if I tried to do it now it would be a disaster because I would end up losing something on the way.

On a very practical level - how do you learn whether a certain module or synth will be accessible to you?

LB - I never buy stuff right when it comes out, I wait for feedback. For starters - I know that menu diving for me is difficult. For instance the Drum Sequencer, I don’t use it to its full advantage like somebody who can dive through all the different combinations of holding buttons and so on. But I do appreciate using it in simplistic matters, the way the trigger buttons are laid out is very convenient. I can always feel which triggers I need to hit. I also have the Graphic VCO but I haven’t been able to really dive into it too much. Or the Sample Drum - I love it, but again I can not take the same advantage of it as other people. Which is why I wanted another Dual Drive - it is wonderful for me. Because it’s well laid out, sounds awesome and everything is compartmentalized.

Is the modular system the centrepiece of your set up? Do you use any other hardware synths?

LB - I have used other machines in the past, but I got rid of everything. Because of my vision I try to keep everything in one little spot - which is my modular system. It makes it easier to have everything right there. I need to touch and feel what is where and if I have to step away to find the other piece it becomes a resetter. I want to say that I am always learning something new that works for me, I don’t have any specific thing that I have been doing since day one because I always learn different things that do end up working better for me.

Did you use modular synthesizers back when you had sight?

What is it that you would like instrument designers, developers and manufacturers to acknowledge when designing instruments?

LB - Following on what I said before - making interface layouts compartmentalized. Face plates are also very important. For example I could never use a Make Noise piece of gear because even people who can see perfectly fine find that they can’t fully operate them. In general, I think it’s important that the faceplates are well laid out, if any company wants a visually impaired person to be able to operate something - it’s all about the layout - buttons, knobs, for things to not be scattered all over the place.

Do you think that having a visual impairment has pushed you more towards creating music or perhaps the other way around?

LB - I think it really pushed me into the modular aspect of music. Like I said before - having everything in one place makes everything a lot easier for me and I think it also made me appreciate music more. And appreciate creating music. I found that I like experimenting more, I appreciate the learning aspect of the process.

I know that you've been helping other visually impaired people in their musical paths. Could you please tell me about that?

LB - I have had several people reach out to me, almost never are they from US which I find odd. At the same time this style of music is not as big here. I have had one person reach out from the US and they were actually a hiphop DJ but I helped with using the Traktor. What I did with the controller and modular as well is that I put little pieces of folded tape or little plastic rubber sheet that have the sticky stuff and stick those on certain spots on the instrument, then use them as center pieces to know where I am on certain modules, usually those that are more difficult to me. So I’ve been teaching people how to set up their gear this way to get around it better - and the people I've helped were completely blind. I’ve had someone's girlfriend reach out to me, wanting to help their partners get into DJing. I even started to work with a company developing software that was a competitor for Traktor - I think it was called DJDJ by a company called Algorithm. 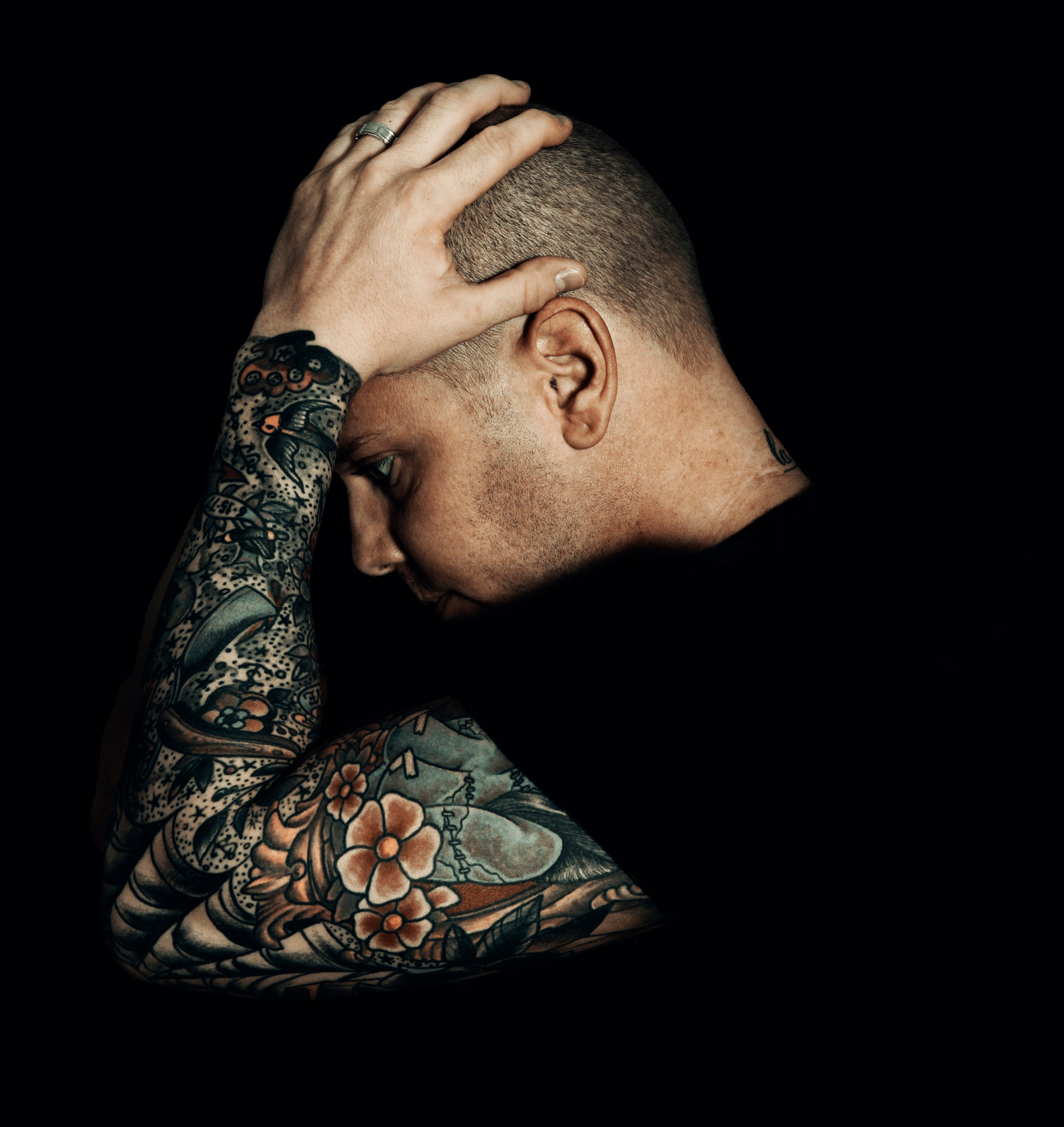